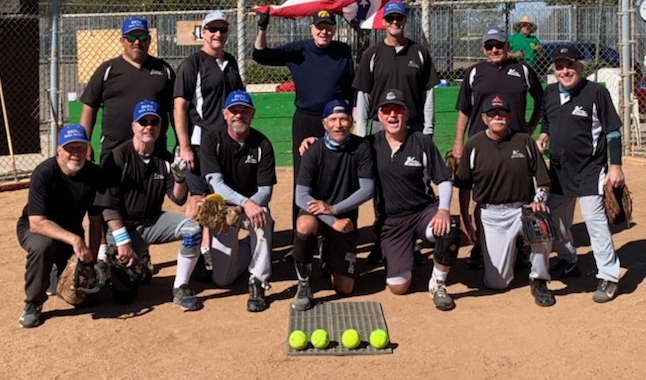 The Black Knights won the post-season championship with decisive wins over the White Taz Devils 25-14 in the semifinal game, and a 21-16 win over Navy Blue Wrecking Crew in the championship game. In the semifinal game Kevin O’Reilly hit four home runs and the Black Knights turned four double plays, to help get the win. Norm Young kept it close for a while with two home runs for the Devils, but great pitching by Rich Tapia in a couple of critical situations prevented the Devils from catching the Knights. In the Championship game, Kevin O’Reilly hit two more home runs, Kurt Gritts went 5-5 with a home run and 6 RBI’s, and Rich Tapia pitched another good game and provided an offensive spark getting on base and running the bases. Kevin O’Reilly finished the day 8-8, with six HRs, two intentional walks, and 15 RBI’s, Lowell Waxman was 6-8 with several key RBI’s, Kurt Gritts went 7-8 with an HR, Billy Casteneda went 6-9, and Rich Tapia scored 12 runs in the two games. The Black Knights played good defense in both games and it was a real team effort to get the wins.

In the other semifinal game, Navy Blue and Grey played a very close game with the Wrecking Crew plating three runs in the bottom of the ninth for a walkoff one-run win. Nevertheless, Navy’s Blue amazing post season finishes came up one game short. 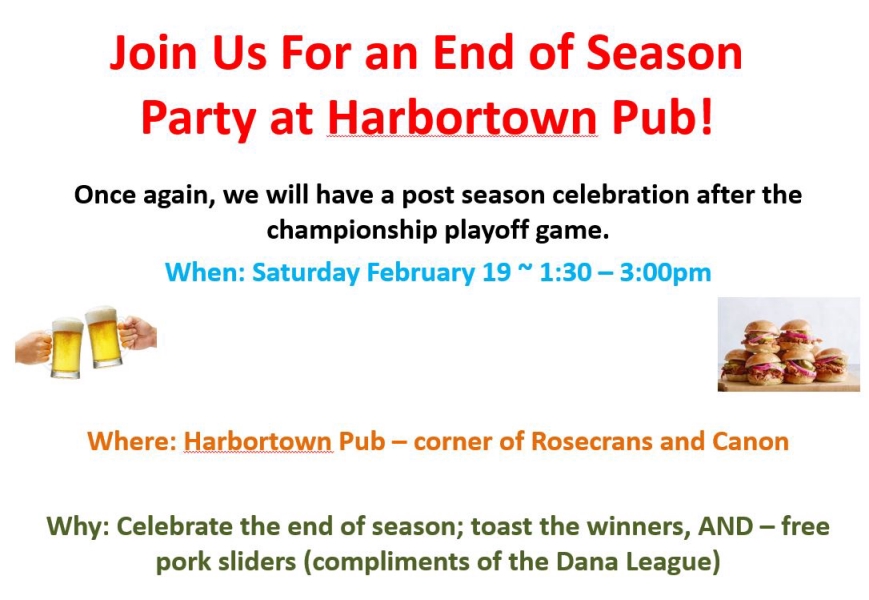 Week 2 playoffs are set with Black Knights hosting White Taz Devils at 8:30am. In the other semifinal game (~10:15), the host the Navy Blue Wrecking Crew are home against Grey Flash. The Championship Game should commence around noon. All games are nine innings.

We will have our ever popular post game league party at Harbortown Pub after the Championship game. ALL ARE WELCOME! The Dana league will pay for their delicious pork sliders.

The next season’s draft will be held February 20 and play commences February 26. 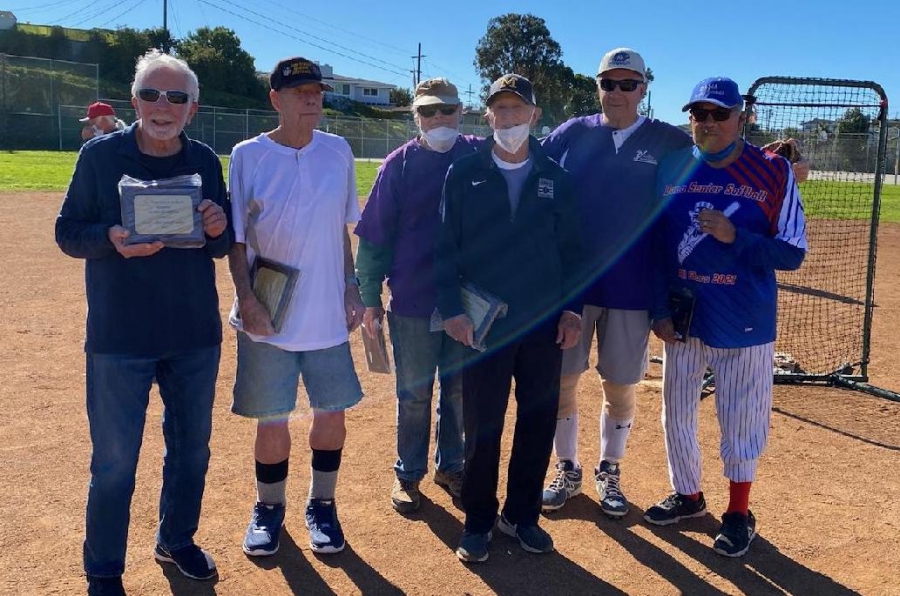 Thanks to everyone who came out for the special “80 and over” awards ceremony and BBQ. You can see many photos of the event if you click on photos and look for 2022 Awards & BBQ. Special thanks to Steve Robinson, John Church, Tom Parks, and Tim Dimasi for organizing the day and overseeing the BBQ. Oh, and by the way, congratulations to Navy Blue for winning the regular season championship! 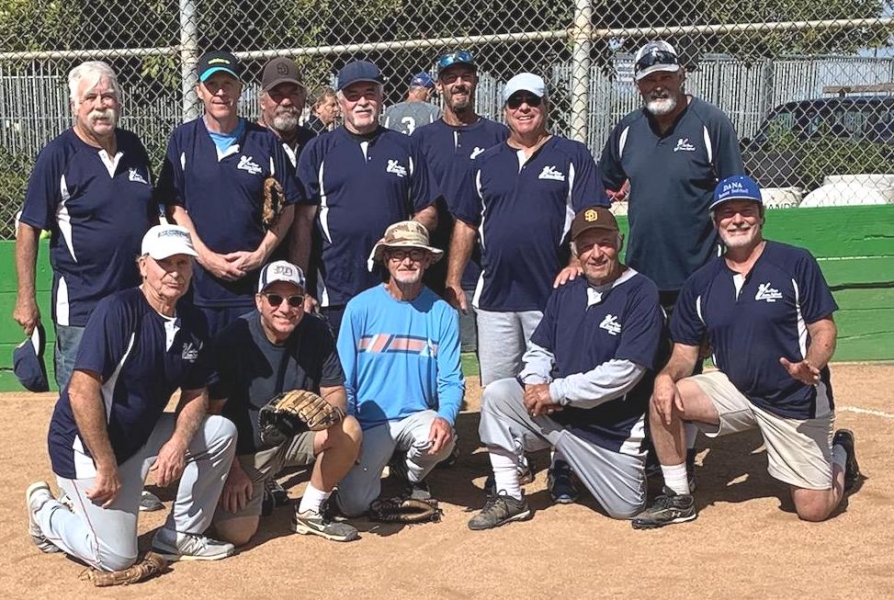 Dann Crawford’s Navy Blue Wrecking Crew did just that with wins over the White Taz Devils and Grey Flash. For Dann and several of his teammates, that is back-to-back playoff championships. 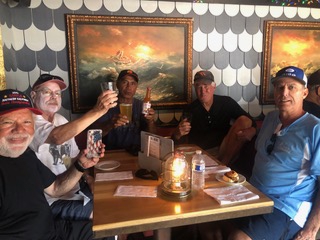 Week 2 playoffs are set with Grey Flash hosting A Few Good Green Men at 8:30am. In the other semifinal game (~10:15), the White Taz Devils host the Navy Blue Wrecking Crew. The Championship Game should commence around noon. All games are nine innings.

We will have our ever popular post game league party at Harbortown Pub after the Championship game. ALL ARE WELCOME! The Dana league will pay for their delicious pork sliders. Come join us to celebrate our return to play!

The next season’s draft will be held October 24 and play commences October 30.