Congrats to Mike Allen’s team for winning the regular season championship with an impressive 11-3 record. The Taz largely did it on their own – seldom needing to draft players.

Playoffs begin next week. If you are unsure when you play, check with your manager. 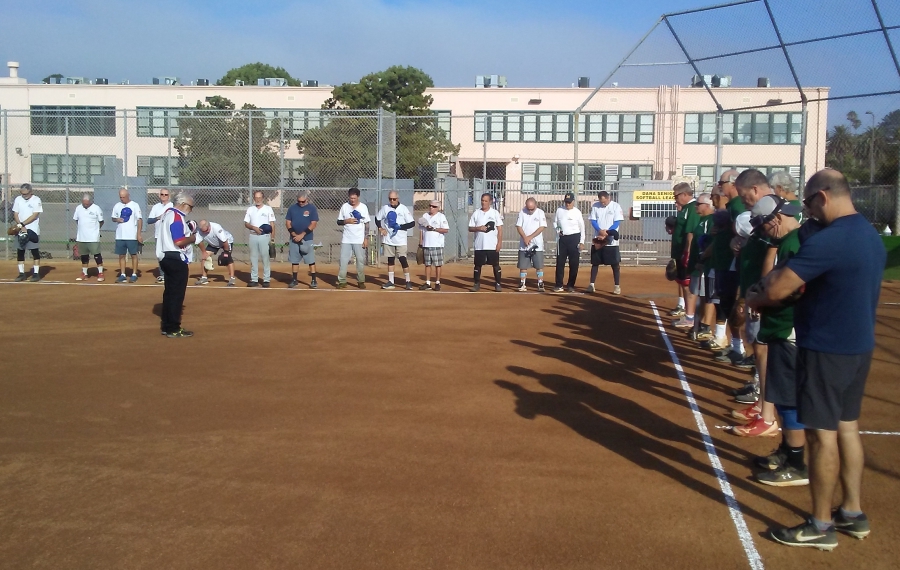 John Spadea leads the players in a 9/11 tribute 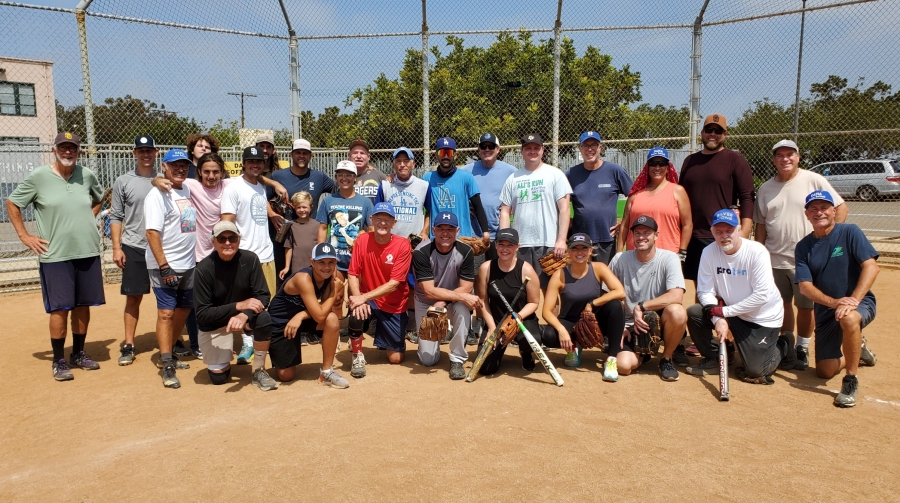 A good time was had by all!

In keeping with our practice of putting player safety first, we have adopted a new policy for dealing with Covid at Dana. Details on the policy are being shared with all active players, coaches, and umpires. Please look for an email from your manager or Dave. 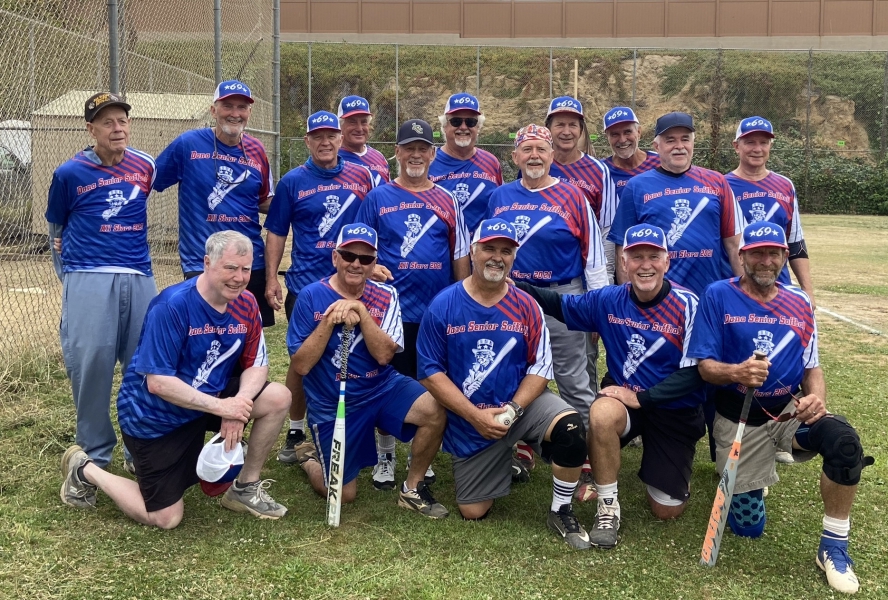 Behind the entire game and down by four in the final inning, and with two outs and the bases loaded, a clutch hit cleared the bases for a walk-off 30-29 win. A fun poem (authored by the winning team’s manager) follows!

The outlook wasn’t brilliant for the Dana 69ers that day.
Trailing La Mesa most of the game was not the way.
Their manager asked Mackey, “do those fancy unis make you play better?”
Our composed and handsome manager nonchalantly said, we’ll let you know later.

La Mesa scored 9 times in the 1rst & 2nd innings some of crowd were shedding tears.
The fans were turning to Tommy Parks’ burgers and hot dogs to ease their fears.
Even with Dimasi, Calandro, Kowalsky, Morton and Short all scoring in the bottom
The East County men were far better hitters than anyone could fathom.

Diversity was the strength of the 69ers coming from all colors of the rainbow.
With Mackey, Hunt, and Ray Short we had the best pitchers ready to go,
Would it be enough for the heroic first baseman Plate to go a perfect five for five?
The great Dana hitters of Young, Jozsa, Atchley, Peitz, and Reyes kept hopes alive.

Base coaches, Roche and McHale roared, “we’re only chasing 4 to tie, and 5 to win”
Captain Chuck Eskins called out the bottom half of the lineup, and it was looking thin.

In the last frame lo and behold, Plate and Atchley score, on hits by Peitz & Hunt
And now the bases were loaded and La Mesa wished they could punt.
The men from the East could hardly believe their eyes, just now realized that,
As the locals all yelled and cheered, the mighty Mackey was advancing to the bat.

And now the yellow-colored sphere came lofting through the air
But Mackey stood a-watching it in haughty grandeur there.
Close by the sturdy batsman the ball hardly sped,
Ain’t my style said Mackey, STRIKE two the umpire said.

“Kill him, kill the umpire!’ shouted those on the stand;
And it’s likely they’d have killed him had not Mackey raised his hand.
And now the pitcher holds the ball, and now he lets it go,
And now the air is shattered by the force of Mackey’s blow.

Somewhere men are laughing, and somewhere children shout;
But no one in Pt. Loma can believe, the Mighty Mackey has struck OUT!
But…. Alas, our brilliant leader had planned this as a setup for more fun;
Tim Dimasi wins the game with a walk off triple, scoring three more runs.